Despite his five nominations, Kanye West has reportedly been removed from the lineup of performers at the 64th Grammy Awards.

According to reports, the decision was made in response to Ye’s ‘concerning online behaviour’.

This however comes after his suspension from Instagram for his disturbing post targeted at Daily Show host, Trevor Noah, who also happens to be hosting this year’s Grammy.

Noah had expressed concern about Ye’s continuous social media attacks on Kim and Davidson during his popular talk show.

In response, Kanye used a racial slur against him which resulted to the suspension of his account.

The Grammy Committee could have cancelled Ye’s performance because of concerns over possible interactions between Noah and Kanye.

It’s no secret that the popular rapper isn’t happy with his ex, Kim Kadashian and his new man, Peter Davidson expecially since they’ve both come out to confirm their relationship in October. 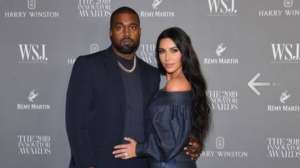 Kim filed for divorce in February 2021 citing irreconcilable differences and Kanye has since then  repeatedly harassed her and Davidson on social media.

New Music Friday: Fresh Songs To Listen To This Weekend