Barely two years after he was remanded at the Ikoyi Prison, Nigerian music star, Lil Frosh  on Monday revealed that the domestic violence suit filed against him has been withdrawn.

The embattled rapper made the revelation on his social media page.

Giving update on the  states of issues, Lil Frosh shared a letter from his lawyer notifying everyone that the matter has been reconciled.

The letter reads in part:

“On 10th of February, 2021 a criminal charge was Instituted against our client which has caused a change in our client’s trajectory.”

“However, it has become imperative that we notify the public and well wishers that the parties in the criminal suit have reconciled and charges brought against our client  was withdrawn on the 14th March, 2022.” 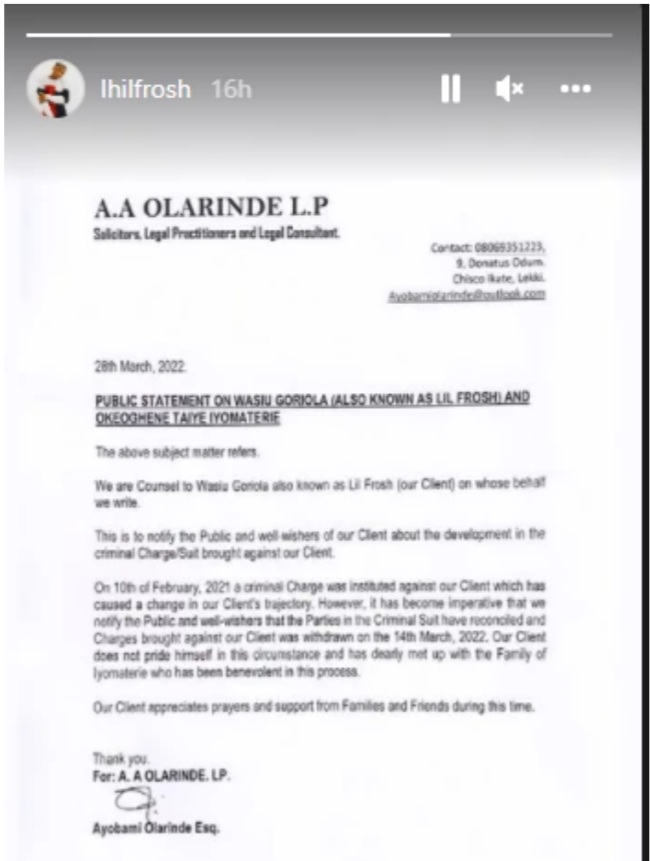 Recall that Lil Frosh was arrested in 2020 for beating his girlfriend, Okeoghene Taiye Iyomateire to a pulp.

She revealed that she’s on good terms with the talented rapper, hence she has dropped the suit against him.

Okeoghene, however, thanked everyone for supporting her and also standing by her during her trying times. 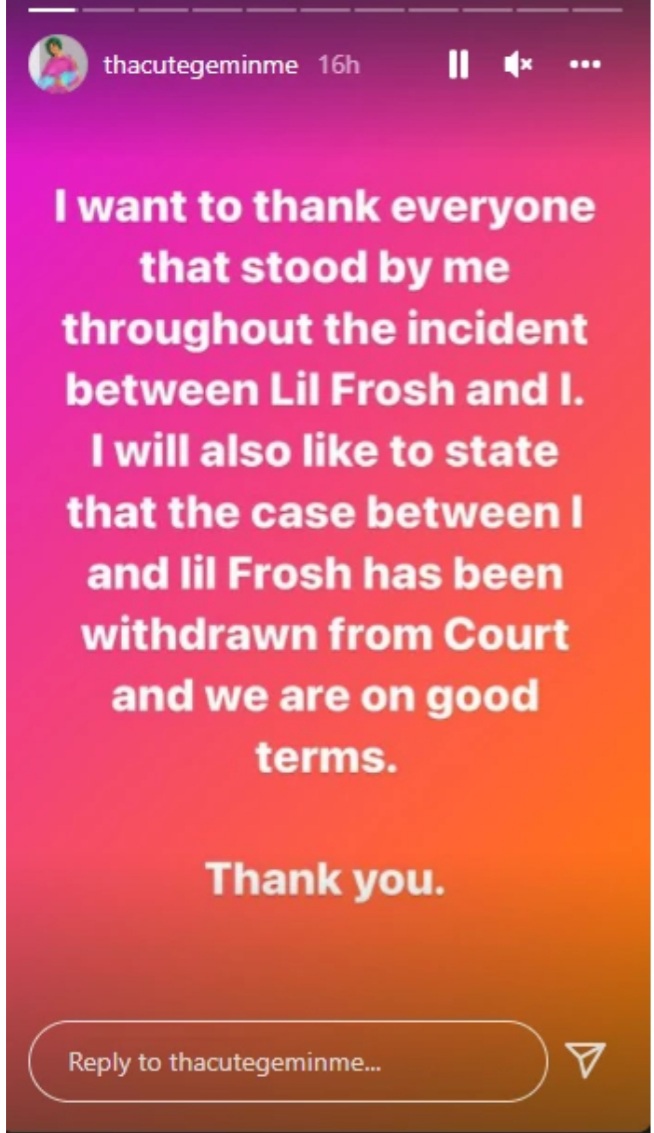 Attention! How Omah Lay Missed His Shot At Global Recognition