Tems secured a nomination in the ‘Best Global Music Performance ‘ category for a feature on Wizkid’s smash hit, “Essence”. 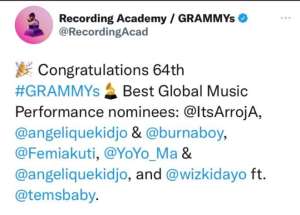 Tonight’s nomination marks the first time Tems has ever been nominated for the prestigious music awards.

It’s been an amazing year for Tems with impressive achievements. She got an MTV EMA nomination, a Billboard Hot 100 hit song, released her sophomore EP amongst other milestones. 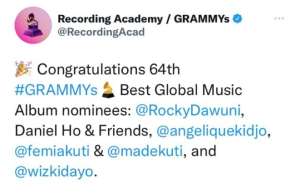 The 64th Grammy Awards is set to hold January 31st, at 8pm ET/ 5pm PT. It will be aired live on the CBS Television Network

Jojobaby Takes Us  'Downtown' With Obsession