It is difficult to deny the fact that Simi is an amazing powerhouse of a singer. Distinctive in its charm and vocal strength, her voice is very refreshing and the talented songstress has won the hearts of many fans with it.

In a generation where auto-tune is the norm, Simi’s natural voice is ethereal – she’s so original. And this has helped her etch her presence in the music industry.

Born April 19, 1988, the Ondo state indigene penned her first song at the age of 10 and started singing at 16. She started out as a gospel singer in 2008 with her debut album, Ogaju. A few years later, Simi switched from being the church girl to writing and singing love songs.
In 2014, she got her major breakthrough in the mainstream music industry after she released ‘Tiff’, an addictive jam that was nominated as Best Alternative song at The Headies 2015. Since then she hasn’t stopped dishing out beautiful and well-embraced songs.

From her award-winning sophomore album, ‘Simisola’ to her third studio project, ‘Omo Charlie Champagne’ which served hit songs earning critical and commercial success. The ‘Duduke’ crooner has presented herself as a bold creator who doesn’t lack versatility. 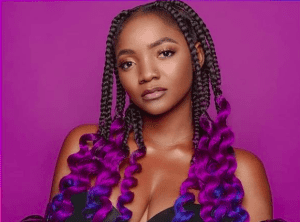 Simi’s music appeals to all; even people who don’t normally bother about music enjoy her songs as they are so relatable and emotion-filled. There is something so incredible about her songs, especially in recent times. She has decided to use her powerful voice to advance gender equality and address unfair female stereotypes.

Sampling Fela Anikulapo Kuti’s songs, ‘Suffering and Smiling’ and ‘Lady’, ‘Woman’. It examines the challenges women face in society while celebrating their strength and resilience.

When you consider her deep and rich lyrics, then you will agree with me that Simi has achieved a well-deserved status among popular female pop stars in Nigeria and Africa at large.

The Squid Game Is Here Already