Davido is without a doubt one of Nigeria’s superstars that comes to heart when an artist needs a career-changing collaboration.

The DMW boss isn’t just a hit making monster, he also knows how to sell songs in which he is featured with his superstar status,  energy and hype.

In 2021, Davido teamed up with various artists to record different beautiful tracks and he scored hit for most of his collaborations. 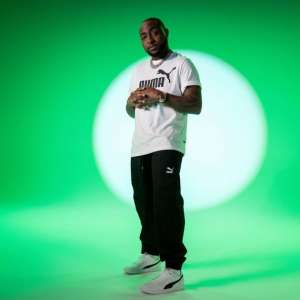 Afro100 compiles a list of these hit tracks the celebrated singer has been featured and he delivered.

Adekunle Gold got the right featured artist on this Pheelz-produced track. Davido’s catchy hook on ‘High’ is a brilliant demonstration of his artistic ability which he brings to every feature.

Truly, both artists created magic with High.  And It has to be on the list of top songs with high replay value released this year.

Teni Ft. Davido – For You

Teni never dissapoints when it comes to dishing out good music and enlisting Davido on this fascinating record was the right choice. One can’t possibly pull off the effect of OBO’s hype and promotional value on the song.

He spiced it up especially with the part where he was trying to sing on a high pitch.

As lead to his second studio album, Peruzzi featured his boss to deliver ‘Somebody Baby’. As expected, Davido displayed his ability in making exceptional good music in full force.

The song is no doubt an instant hit since when it was released in March.

How Kizz Daniel Keeps Getting Close But Never Gets 'There'

Mercy Aigbe : Is This The Real D'Owner?

Check Also
Close
Facebook Twitter WhatsApp Telegram Viber
Back to top button
Close
← How Kizz Daniel Keeps Getting Close But Never Gets ‘There’ ← Mercy Aigbe : Is This The Real D’Owner?
Close
Close
Log In