So here we are with Zlatan’s sophomore album titled “Resan” which means ‘The Journey’. It arrived during the busiest period for solo songs and albums. A period during which every artist put in the effort to deliver a trendy hit to end the year on a high note.

Even though many people acknowledged that the 12-track project work seems to be a more articulated project. I’m worried there is no single hit song on it.

I’ve been wanting to say this for a while, but I’ve had to chill. To see what the turnout would be a week after the album was released. Well, it is obvious that I still have to sit, relax and give this album more time. As many would say, it is too early to conclude that there can’t be a good hit from the Nazareth of Zlatan’s Resan album. 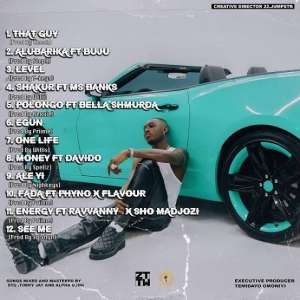 For an artist who delivers street jams on a regular, it is worrying that this isn’t the case with ‘Resan’.

Apart from ‘Ale yi’ and Buju-assisted ‘Alubarika’, which were earlier released off the album, there is no song that is doing extraordinarily on streaming platforms.  I do not mean that the songs are doing bad, but they aren’t doing as expected.

A track that comes close to being a hit song is ‘Polongo’ featuring Bella Shmurda. Polongo is a Konto record, real nightlife music. It mashes together exhilarating sounds and styles with dope bars from both Zlatan and Bella. This could be the hit we are searching for.

Well, this isn’t to discredit the hard work put into this amazing project. The Zanku crooner no doubt produced a beautiful album that clearly shows direction, range, growth and consistency. But considering how the songs are doing on streaming platforms, one would easily agree that something is missing. It feels harsh to criticize an album with such quality, but it is high time Zlatan’s song started doing well on the charts.  without ‘solicited’ challenge or trend.

ENDSARS: A Continuum of Business As Usual and Repetition of History