2021 has been a wonderful year for music outta Africa and 2022 is here and just begun. The year will witness another dimension of greatness and building legacies. So we will be looking at artistes to anticipate this year and what they might bring to the table, after much energy spent in the studio. Afro100 present a curation of emerging artistes to anticipate in 2022 from whom you should expect nothing but the best of music that will not be forgotten in a long time and may cause nostalgia in the far distant future. Mind you, this selection isn’t in a particular order. 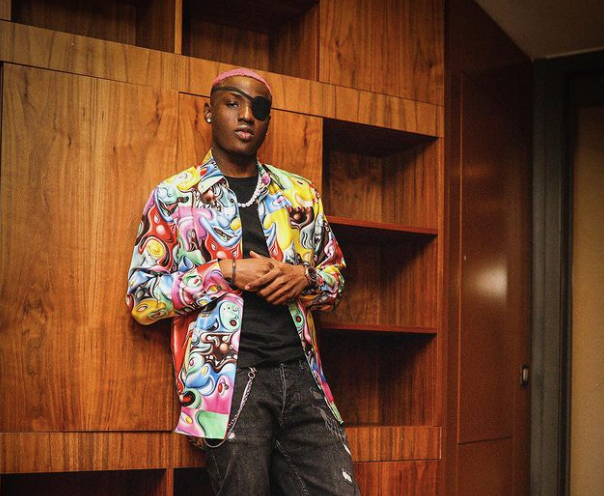 Ruger is a young prodigy whose footprint in the music industry is imprinted. The Jonzing Music artist has two successful EP to his discography; Pandemic and The Second Wave were successful. Fans shouldn’t expect another EP but a debut album. So far, it is expected that Ruger will send a Shockwave. The Afrobeat patois reggae/dancehall artist got hit songs such as bounce, Dior, Ruger and a host of smashes to his name. A studio album without a doubt should solidify his craft. The expectation is very high for Ruger and it wouldn’t surprise if he matches the expectation, even surpassing it wouldn’t be a shock. Why? On the mic, Ruger is definitely, a bad man. 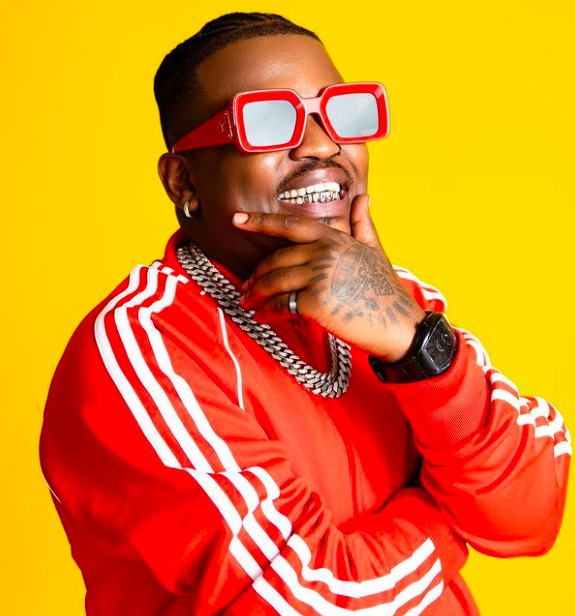 Focalistic may barely sing at times but surely deliver that track- that amapiano you want to hear. The track inevitably secretes the grooving hormones. He is reputed to have dominated the Amapiano genre and his recent song, Champion found with Davido is proof. Having dished a couple of hits such as Never know, Ke star, Blecke, Onoroko among others. 2022 might just be another year of bangers after bangers. We have not gotten enough of Amapiano and there is arguably no better donor than Focalistic. 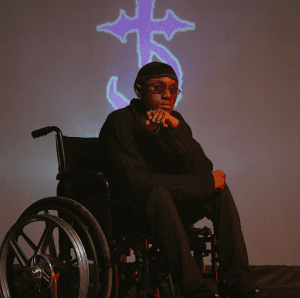 2021 was a great year for Victony with the release of his debut body of work, ‘Saturn EP’. If death couldn’t grip him, then being stacked to a wheelchair won’t hold him back. He got featured by Mayorkun on ‘Holy Father’ which held the number 1 position on Apple Music Nigeria. The duet with Savage, Rosemary was a success and his single ‘Pray’ has not only bang the street but also the chart. It is likely there will be collaborations with big shots such as Burnaboy, Wizkid and Davido. The rapper’s sonorous voice is having a stronghold in the heart of the fans. Victony is highly motivated by death escaped. 2022 is going to be a great year for him. 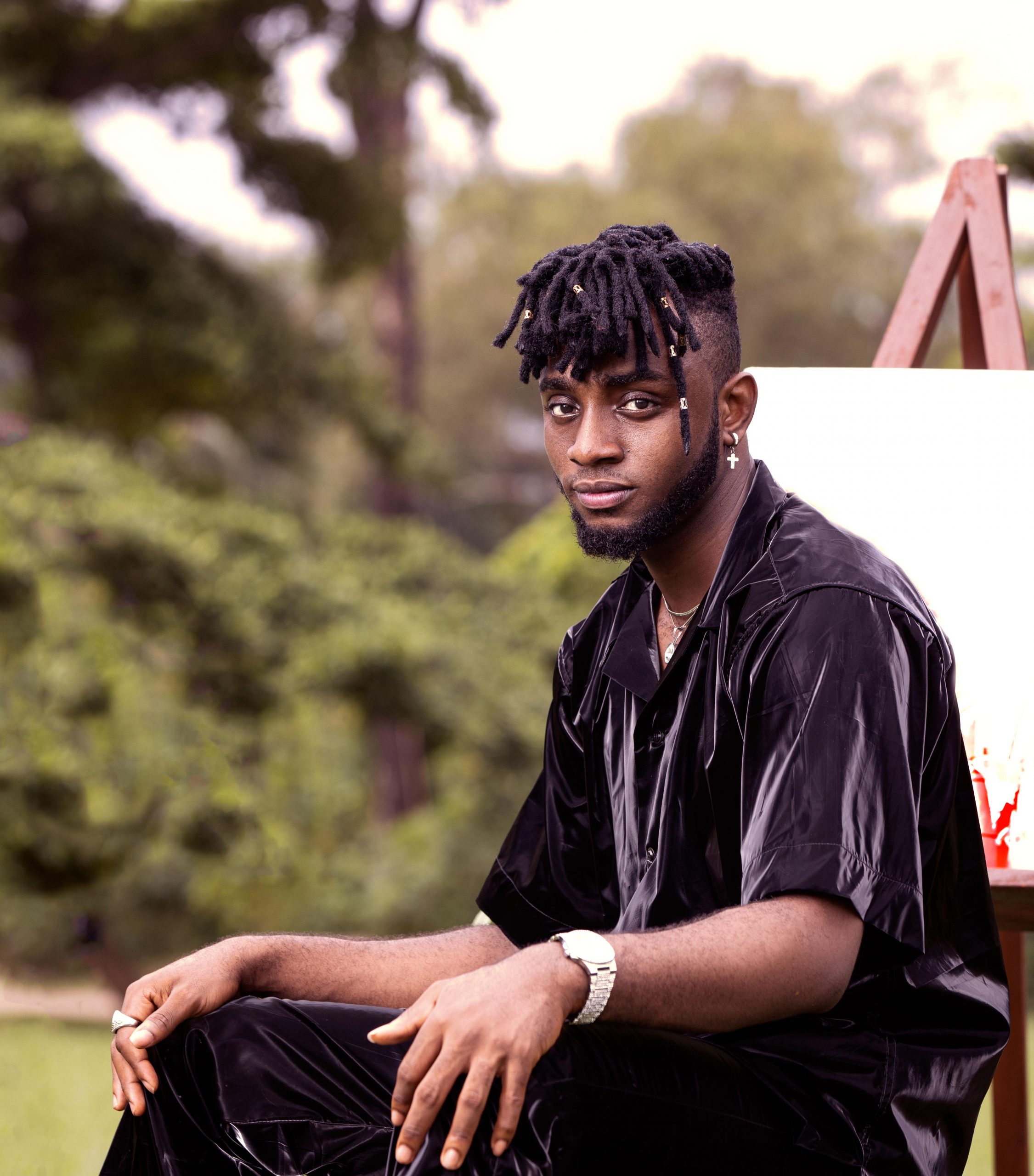 The former Nigerian Idol contestant had predicted his rise to stardom and is evidently on that path. 2021 was a successful year for Jojo baby and the stake are higher in 2022. Last year, we witnessed the release of Obsession EP. Track 3 off the 7 track EP, Downtown is the most blazing. It got to the No 1 spot on Shazam-Apple Music Playlist of Naija Riser and a major trendy rave on TikTok. Downtown alone wasn’t doing the number, Depth got fans in a soulful love mood. The last track was released earlier before the EP and did well. The Dream Music Group artist has categorically declared his grammy ambition. Jojo baby has his soprano meddled with his profound lyricism. 2022 is going to be a better year, the continuity of greatness. 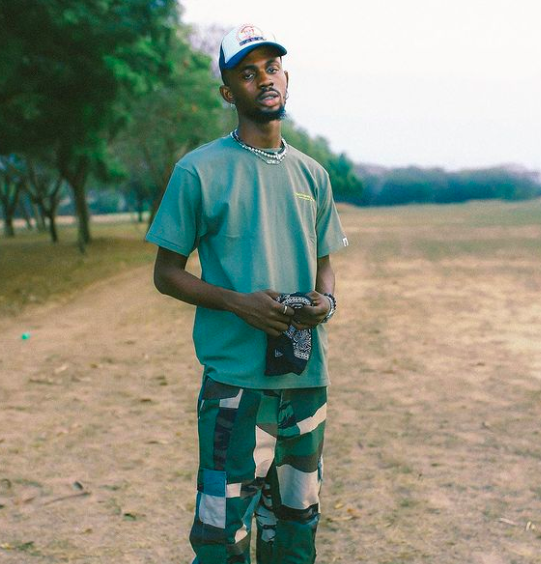 Black Sherif is one artiste to really anticipate in 2022. I may refer to him as ‘Ghetto Lucifer Unrebelled’. The energy, vibe and chants he brings unto his track are quite unbelievable. Last year, Black Sherif good music categorically
paid off. Tracks such as Destiny, Money, First sermon and Second Sermon may be easily rated 5 star. Second Sermon remix with Burna boy has broadened the fame of the GLU. The adroit manner in which he amplifies his sweet voice, and his kind of patois mixed with Ghanian vernacular is appealing. His sound twist, rhythm, rhyme and funny adlibbing technique might just get you glued to his sound. Black Sherif will definitely be one of the most reckoning forces in 2022. 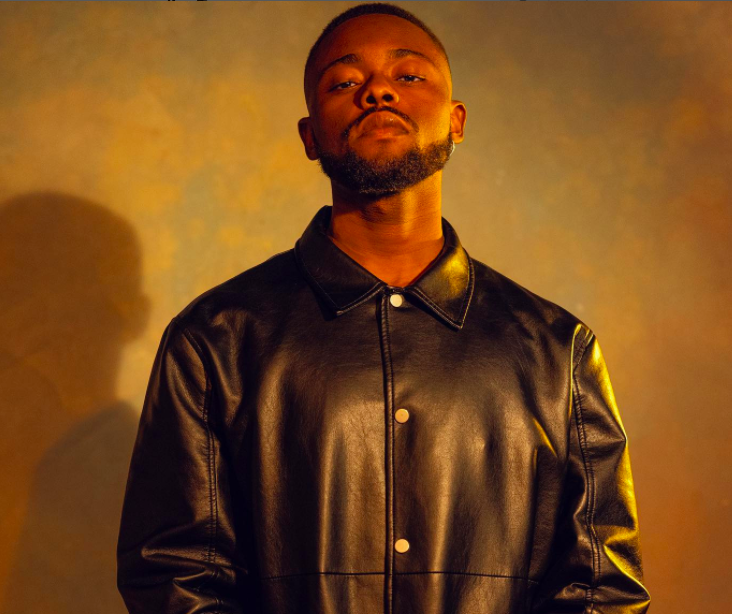 When thinking about artists to lead the music game in 2022, Lojay is impossible to ignore. With his timely and beautiful submissions, Lojay has positioned himself as a unique artist bringing a refreshing twist to Naija music scene.

He stormed the industry in 2021 with his amazing extended play [EP] titled, LVN ATTN. The beautiful studio work consists of 5 super dope tracks.

Monalisa, the most widely accepted track on the EP remains one of 2021 smash tunes. The fascinating track pushed Lojay’s art to new heights even far beyond the walls of Nigeria. He is without doubt an artist to keep Your eye on in 2022. 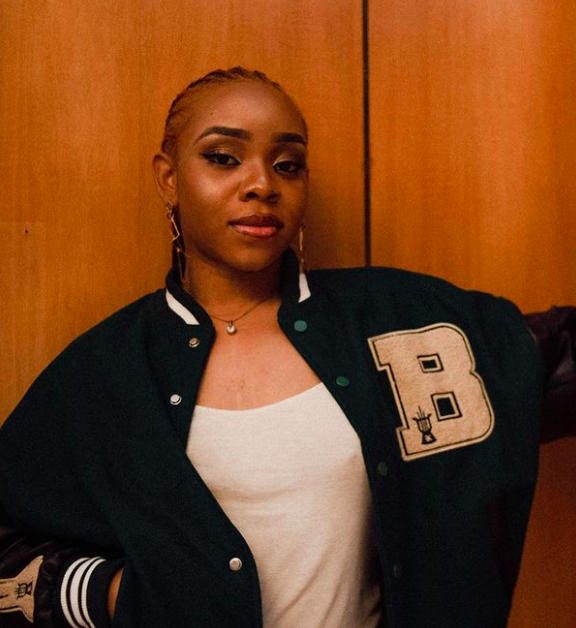 For all reasons, Fave deserves to be on this list. Distinctive in her style and vocal strength, Godsfavour Chidozie popularly called Fave is a flawless singer. Her songs are simmering and addictive. Fave began to gain mainstream attention after she lent her soulful voice on Olamide’s album, UY Scuti. 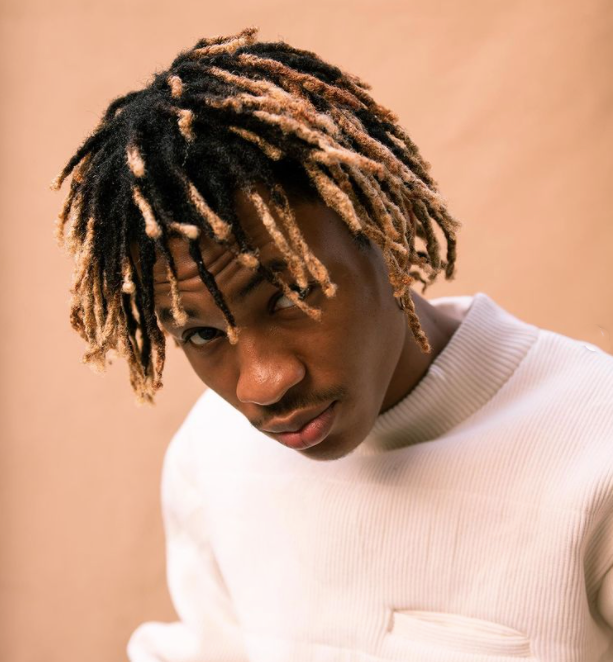 The same way AV asked everyone to hold on to their Woman is the same as how this writer wants you to him too this year.

AV is nothing, if not talented and daring. His debut single, Big thug boys took the industry by surprise. And it instantly rose to the number one spot across most streaming platforms in Nigeria within a short period. With a strong and daring personality, AV is certain to make some big moves in 2022.

ALSO READ:  “Back in Office”: Mayorkun does not disappoint 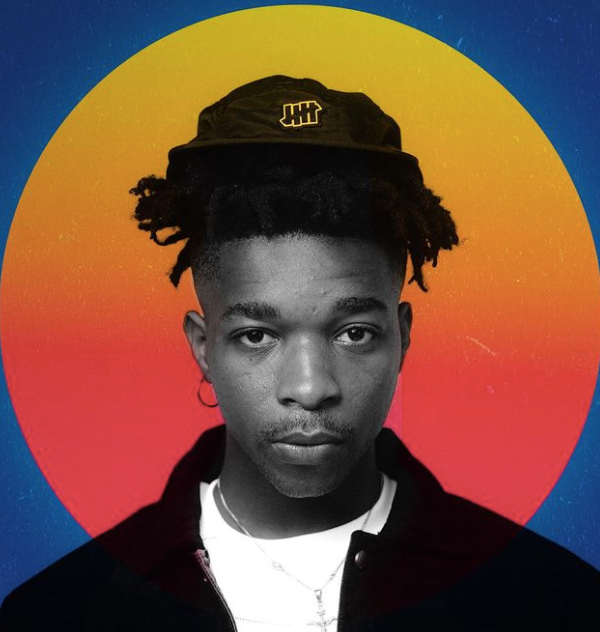 Magixx is a unique newcomer in the industry. He isn’t just like other new music acts. He has everything needed to take his music game far and wide. Since his arrival to the music world officially in September, Magixx has not failed to show his capability. Even though he seems unpredictable,  his exceptional talents and versatile flows cannot be overlooked. 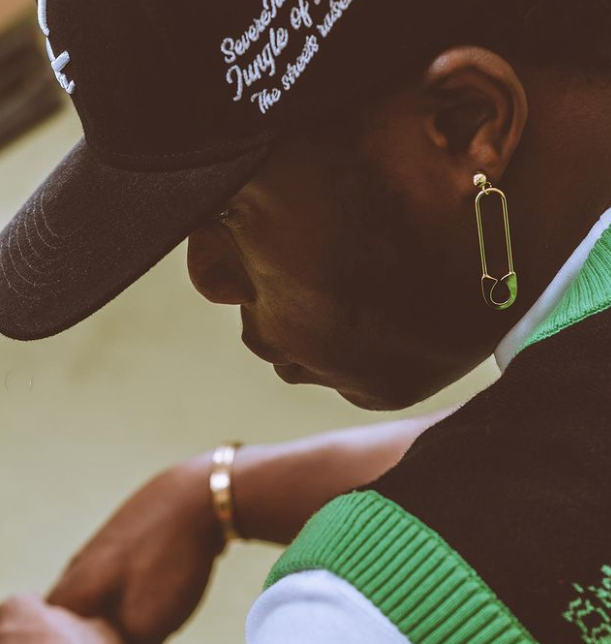 Dia Verse is one of Nigeria’s fast-rising singers. He emerged as a new voice in the industry in 2019 with his popular single, Colorado which has since become a certified hit.

Dia Verse has the talent, capability and he’s more than ready to shoot for the stars and beyond in 2022. 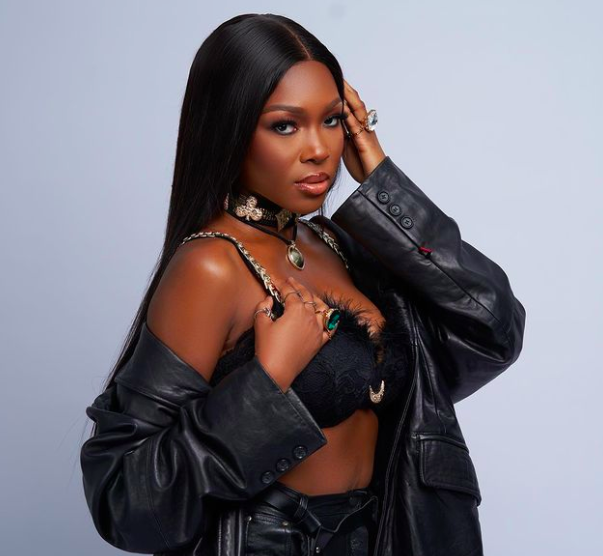 In the space of a few months, she has proved her worth even beyond the expectations of teeming fans.

Her debut studio project titled, ‘Young &Reckless’, is a testament to her impeccable vocals and songwriting skills

2022 is here, and Veeiye is ready to take her work to new heights. 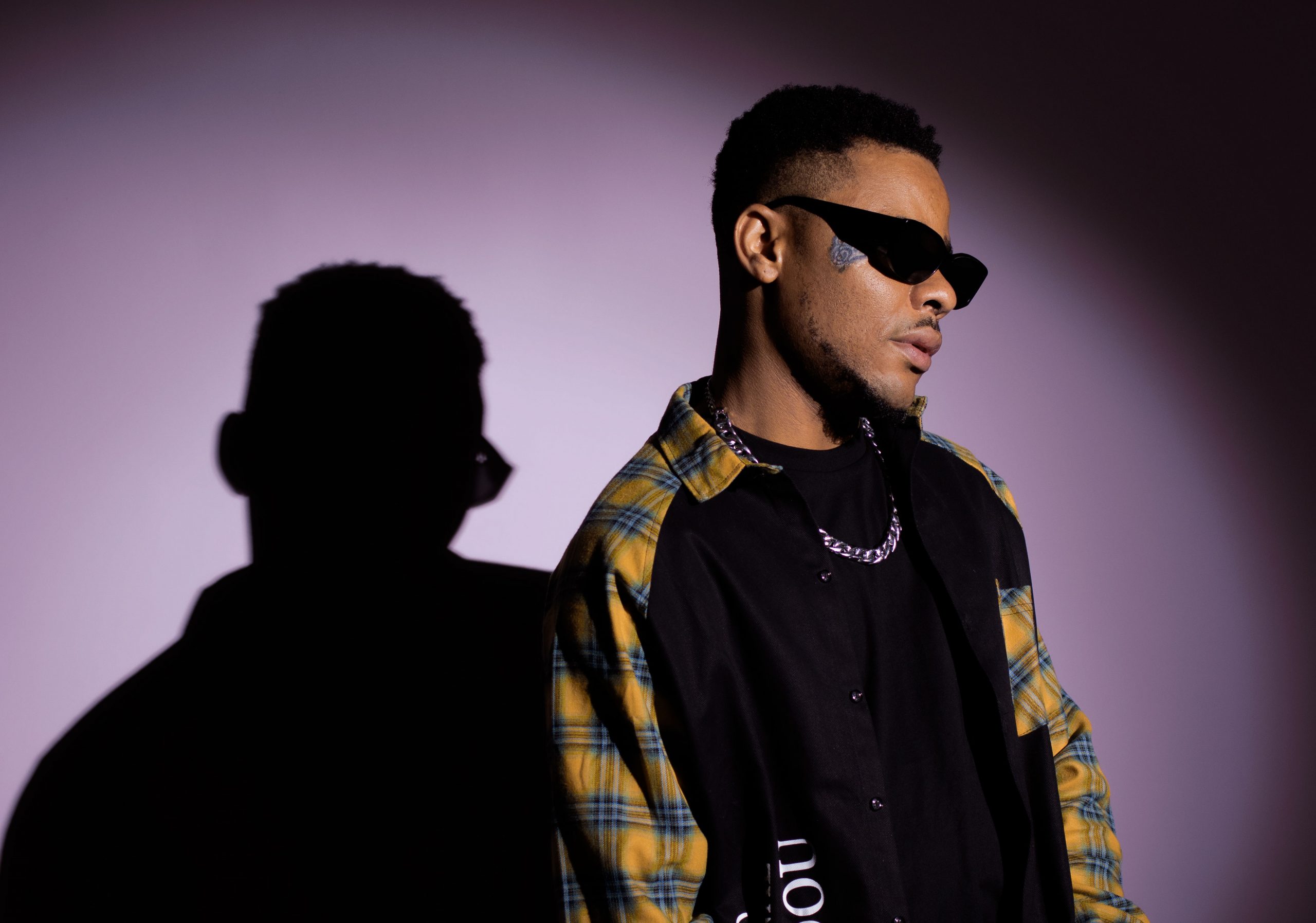 With many fascinating songs to his credit, Popito is not a newbie in the music industry. He knows what to dish out and when to make it happen.  The talented singer released a smashing tune titled, ‘Putiro’ last December which was received positive reviews.

Ezerioha Ebuka, popularly called Popito stormed the music industry in 2012. Since then, he’s been submitting good songs, first as a producer and not too long, as an artiste. 2022 won’t be different. 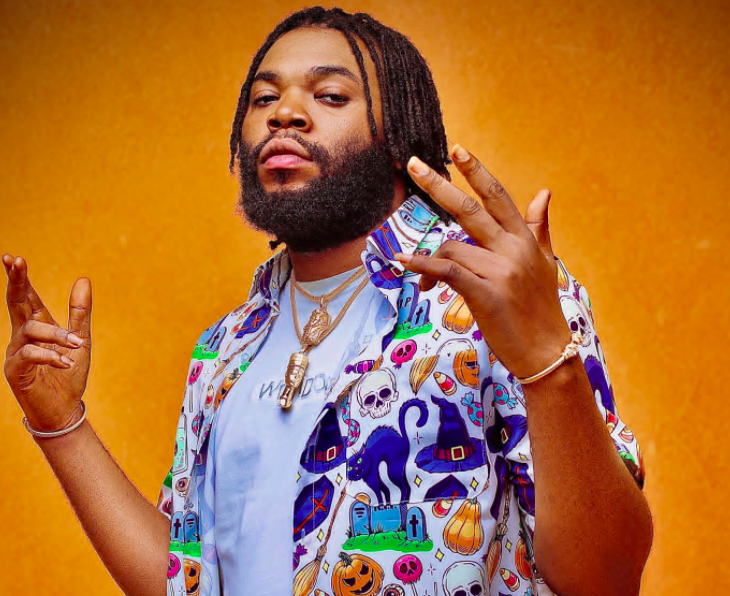 King Page seem to be working out on his reinvention, formerly known as Page. The artiste dropped his debut EP ‘Kings Meal’ last year. He brought Ice Prince and Terry Apala on, featured them on ‘All Night Long’ and ‘Available’ respectively. His slow song ‘Pray’ put you on that reflective pedestrian where you just chill. This is just a prelude and 2022 will be his very introduction. 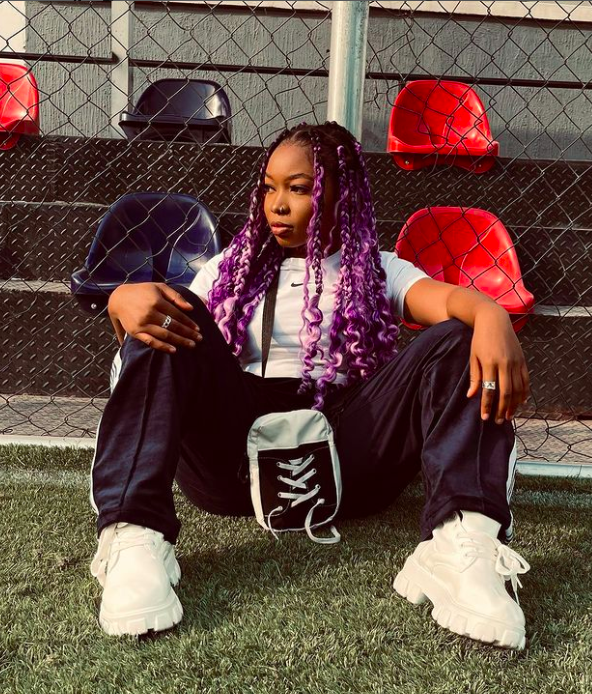 With a handful of fascinating sing-along records, there’s no sign that Guchi is slowing down. The talented singer was officially introduced in February 2019, following her deal with independent label, PG Records Entertainment.

In 2020, she blew us away with her debut EP, ‘I am Guchi’ which comprises 5 amazing tracks that kept us company during the lockdown. Since her artistic debut, Guchi has steadily positioned herself as one of the most compelling artists at the moment. Her latest hit track, ‘Scatter My Head’ features Zlatan forecast Guchi’s versatility and her ability to surprise. With earnest plans to submit a unique project, Guchi is geared towards a significant 2022. 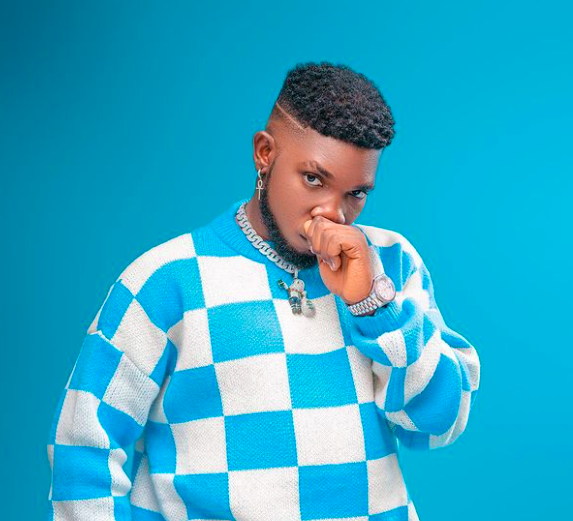 Jaywillz did have a swell time enjoying his rise with ‘Medicine’. Oh My God, the ladies always droll at the sound of Jaywillz ‘Medicine’ till this day. His burst into the industry was nothing short of a blast, ‘Lover or the Word” is a success. Jaywillz had earlier dished us the taste of his artistry in Olamide’s Uy Scuti, it easily resonated that it was him again on the EP. It is a taste of Jaywillz Afrobeat, go check on what he’s got because this year, you might inevitably flow to his songs, just like he did with ‘Medicine’. 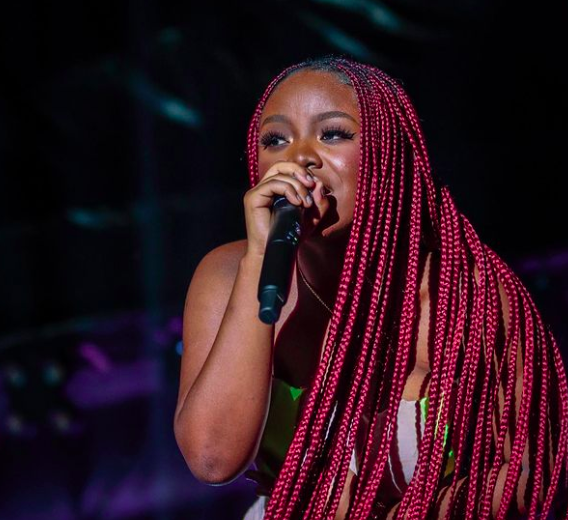 Gyakie is always flipping the music, no doubt and often time takes us on a journey of love and weird cruise. She got our attention with ‘Forever’ and wasn’t done with it. She brought on a remix with Omah Lay. ‘Need me’ and ‘Nana Nyame’ further registers her as nothing short of Afro-soul artiste. That auditory feel of her voice puts on that texture, lol – that soulful texture but she also knows how to switch it up. Gyakie’s ‘whine’ and ‘vacation’ is for whining and head bumping respectively. The Seed EP is without a doubt either a 4 or 5 over 5. The Outro got me thinking, it is the reincarnation of Lauren Hill, with no death. It is just what it is, Gykie is owning 2022. 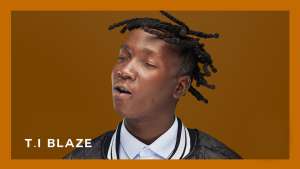 T I Blaze blew into the scene very late last year, better a time than never. He got us with ‘Attention’ and we get that. ‘Sometimes food no dey give man joy but Canadian loud, the feelin is different’ – this patch of lyric got every mandem on alert like that’s true. A lyrical acknowledgement spread like wildfire in dry bushes. T I Blaze has got our attention, now the people want to listen to what he has to offer when he connects with the universe, even Olamide had to align on the remix. It is so much wave towards the end of 2021 and 2022 might be at a standstill early enough. 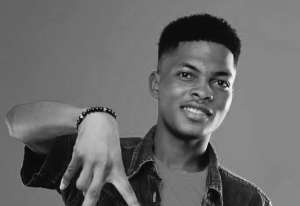 Hazino has had his music coming through on covers and singles. He featured Zinoleesky on his popular track, ‘E go be’ and is running up rapidly the numbers of streams. ‘Tou le monde’ featuring Small Badoo brings havoc to these streets and clubs till tomorrow. However, 2021 was the start of a new phase in which he released his debut EP ‘Definition’, a compilation of 4 amazing tracks. It is somewhat a body of work that wouldn’t need to press the next track button. The first and the last track is no better fit for an intro and an outro. ‘Young boy’ bares the struggle of life and an emerging artiste and ‘Steady’ emanates the spirit of drive, consistency and determination. 2022 might not be ready to brace up for how he comes through.

Ajebo Hustlers: Resonants of the late ’90s and in-depth lyricism