One of the concepts often referred to in the music industry is relevance. The struggle to become/remain relevant is real. Truly, the Nigerian music industry is a tough one to get into, but even tougher to stay in. It’s just a case of ‘Soldier go, Soldier come’. Considering the constant flux the industry experience, no artist would want to take a chance.

However, life happens and artists sometimes find it hard to deliver. Once they have this flop, the struggle to get back on top begins. While some emerge victorious, others are forced to silently bow out.

Many celebrated artists have experienced this and one of our favourites who recently walked this path and emerged victorious is Reekado Banks. 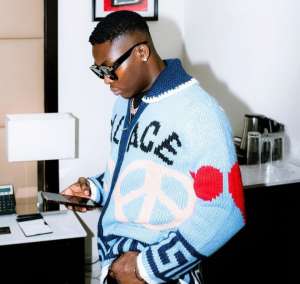 Reekado Banks And His Struggle For Relevance

The supertalented singer began his journey on  this path when he left Mavin records. During this period,  Reekado Banks dished out different records, but it seems as though nobody was paying attention. Even his two potential hit singles, ‘Options’ featuring Parker Ighile and ‘Need More’ featuring Kida Kudz that many thought would return the former mavin artist to his position, eluded mainstream attention.

As if struggling with his music career was not enough, Reekado Banks was publicly dissed by Burna Boy in 2020 when the self acclaimed giant of Africa remarked that Reekado wasn’t a worthy contender of him in the industry.

Soon after, he was again dragged by Wizkid  for trying to promote a new single during the Endsarz  protest. This, however, crippled his collaboration with the Grammy winning artist.

At last, Reekado Banks Got It Right

Despite all this awful experiences, Reekado Banks never stopped doing his thing. He kept on releasing incredible records until he got it right with Ozumba Mbadiwe.

At last, he found the right song. Ozumba Mbadiwe returned Reekado Banks back to his long-lost position and spotlight.

The buzzing single is an instant smash that combines Reekado’s distinctive lyrics with topnotch production work from P.prime.

Ozumba Mbadiwe depicts Reekado Banks’ Feelings about the Lekki Tollgate massacre and it was received with lots of positive reviews. 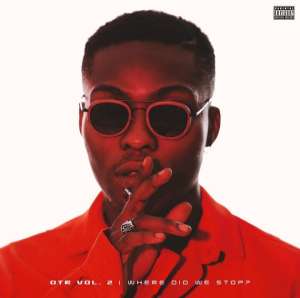 From ‘Ozumba Mbadiwe’ and ‘Pulling Up’ which centred on sociopolitical matters and motivation to ‘Lupita Nyongo’ which showcases commitment, one could say that Reekado Banks is still very much loaded as he was when he released Katapot in 2015.

Infact, it is safe to say that Reeky’s new project is an expansion of his horizon which reflects growth and resilience.

It’s heartwarming to see Reekado Banks return to the top of charts judging by how well his recent deliveries are doing.

Truth is, Reeky Baby caught the sleeping sickness, he battled it for a while and his antibodies won without the help of a vaccine – he didn’t make his comeback with the help of a featured song.