Nigerian pop star, Rema on Friday accused DJ Neptune of releasing his vocals on his new album without his consent.

“Don’t violate the codes, can’t drop my song without my notice. Can’t even remember the last time we spoke big bro. I pleaded with my manager when y’all tagged me before it dropped, y’all still went ahead c’mon nau”

Since its release, fans, friends and colleagues have welcomed the star-studded studio work with excitement. Rema, however, seems not to be feeling any of this.

He took to his social media page to express his displeasure at the release of a track on DJ Neptune’s new album which features him.

According to Rema, the track titled, ‘For You’ was released without his permission.  He disclosed that he had asked his manager to address the situation with DJ Neptune prior to the release of the song. Rema requested that the song never be released. But, that request obviously didn’t yield any result. 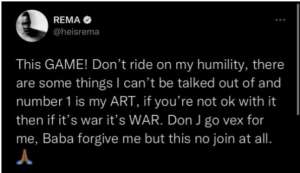 Even though Do2dtun advised Rema to seek a better approach to handle the situation, the singer who is clearly displeased insisted that he wants the song brought down.

Do2dtun in a recent post aired his opinion. He stated that Rema should have shared his reservations with Neptune’s representatives and not publicly. 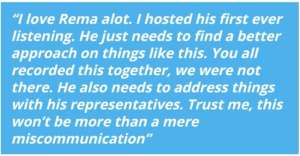 Responding to Do2dtun’s tweet, Rema said they never recorded the song together. He added that he was never paid for the collaboration. 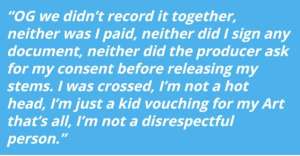 Following Rema’s series of tweet requesting that one of Neptune’s latest track be removed, the popular DJ has responded with a statement.

DJ Neptune in a statement shared on his IG page, explained that he followed all due process required before he released ‘For You’. He stated that the misunderstanding was caused by lack of communication between Rema and his management. 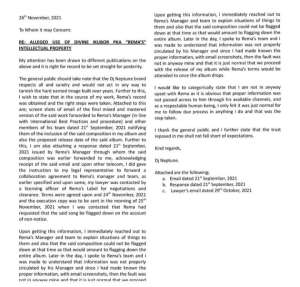 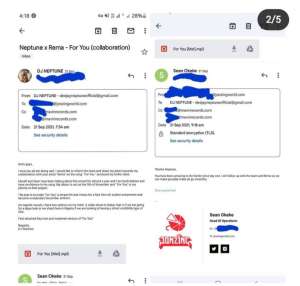 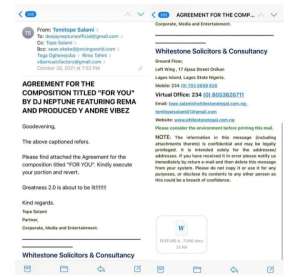 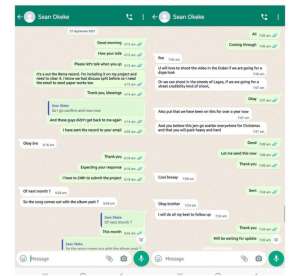 Even though some fans agreed with Rema that ‘For You’ be removed stating that his art has grown beyond that music style. Others consider his rant as the needed publicity stunt for ‘Greatness 2.0’ to fly